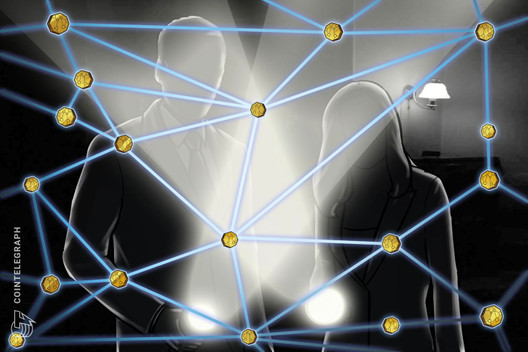 LocalBitcoins claims that darknet-related transactions on the platforum dropped 70% after it adopted AML and KYC regulations in September 2019.

LocalBitcoins, a major peer-to-peer (P2P) cryptocurrency exchange, has purportedly managed to significantly cut the amount of criminal funds on its platform in 2020.

The P2P platform has seen a decline of over 70% in transactions from darknet markets between September 2019 and May 2020, LocalBitcoins claims.

Jukka Blomberg, chief marketing officer at LocalBitcoins, told Cointelegraph that the drop comes in response to Anti-Money Laundering and Know Your Customer regulations adopted by the platform in September 2019.

The calculations are based on blockchain analysis by major crypto analytics firm Elliptic as well as LocalBitcoins’ own “clustering tools,” the firm said.

The drop is still notable despite Bitcoin trading collapse in 2019

A 70% drop in darknet-associated transactions might appear insignificant as LocalBitcoins experienced a massive decline in the amount of traded Bitcoin (BTC) in 2019. As such, weekly Bitcoin trading volumes on the exchange collapsed from nearly 14,000 BTC in January 2019 to about 4,000 BTC in January 2020, according to data from Coin Dance.

LocalBitcoins says it is seeing healthy growth in recent months

Alongside the apparent progress in tackling illicit transactions on its platform, LocalBitcoins has been seeing some uptick in performance, Blomberg said. “Looking at the last 2-3 months, we can already see a healthy growth trend and it is happening across all regions once again indicating a wide demand,” the exec added.

LocalBitcoins said that their new customer registrations have surged over 50% since early 2020 — from around 4,000 new daily sign-ups to over 6,000. “The rapidly growing new customer numbers naturally are a sign of a healthy demand and great future potential for LocalBitcoins,” Blomberg noted.

Analysts say that LocalBitcoins is a major spot for illicit transactions

Some crypto analysts maintain that the LocalBitcoins facilitates a large number of illicit financial transactions.

According to a recent report by CipherTrace, LocalBitcoins received over 99% of criminal funds among Finnish exchanges in the first five months of 2020. The firm also says that Finnish exchanges have the highest share of criminal BTC received for the third year in a row, with 12% of all BTC coming directly from criminal sources.

Earlier in 2020, threat intelligence firm IntSights released another report claiming that P2P platforms like LocalBitcoins are contributing to money laundering. The startup elaborated that such illicit activities are often associated with significant lack of regulations.

As a Finnish company, LocalBitcoins only works with Finnish authorities in regard to cryptocurrency regulations, Blomberg said. Last year, LocalBitcoins said that Finland was actively working with new legislation amending its Anti-Money Laundering act in accordance with the European Union’s AML regulations.