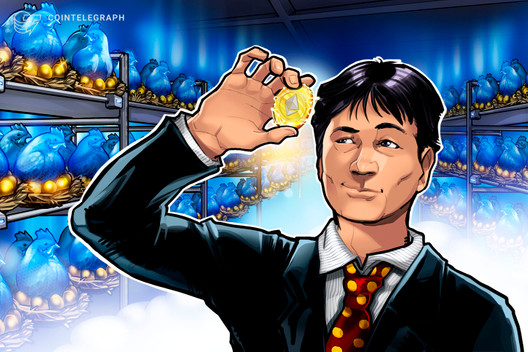 The Ether mining pool that received the second $2.6 million fee abnormal transaction announced that it will distribute these funds to miners after four days.

Ether (ETH) mining pool Etherchain decided to distribute the $2.6 million in fees it received as part of the abnormal string of transactions seen last week.

According to a tweet published on June 15, the pool will distribute the windfall to all miners who participated in that block, according to a snapshot taken at the time of the transaction.

Justifying the decision, the company said that “given the amount involved we believe four days is sufficient time for the sender to get in touch with us.”

The company further revealed that several actors got in touch claiming to be the owners of the account, though they were not able to provide a valid signature that would conclusively prove they were the original owners.

Core Ethereum developers Vlad Zamfir and Péter Szilágyi criticized the decision, with Zamfir being particularly befuddled. Szilágyi said that “I’d honestly wait a month or two if you’re serious about giving it back.”

Etherchain noted that it will automatically distribute funds to miners if any such occurrence were to happen again, which may suggest that the pool was not enthusiastic about returning the money in the first place.

How much money will miners receive?

The $2.6 million fee is approximately one day’s worth of block rewards on Ethereum, calculated with an ETH price as of press time of $223.

However, that fee is not spread evenly on the entire network, as Etherchain’s Ethermine pool only controls 21% of the hashrate, according to Etherscan. Thus, miners on that pool can expect to receive the equivalent of about five days of normal mining.

Blackmail may be behind the large fees

As Cointelegraph previously reported, Chinese analysis firm PeckShield theorized that hackers gained complete access to an exchange, but are unable to withdraw its funds because private keys are compartmentalized. Thus, they can only send money to a white-listed address, but by setting such enormous fees, they are effectively wasting the money.

This could be part of a ransom strategy, where the hackers are requesting to be paid off to stop these transactions. In this context, Etherchain’s decision effectively seals the outcome for at least one of these transactions and may reinforce the hackers’ position — if that is indeed what’s happening.

Other theories include malfunctioning APIs that were swapping the “gas” and “amount” fields, though that seems increasingly unlikely as three similar transactions occurred.

These occurrences still remain a mystery, as it appears that the owners of those accounts are not pushing to get the money back, despite the good will of most mining pools.

Ether Mining Pool Decides to Pocket One of the $2.6M Fee Transactions originally appeared on CoinTelegraph.com