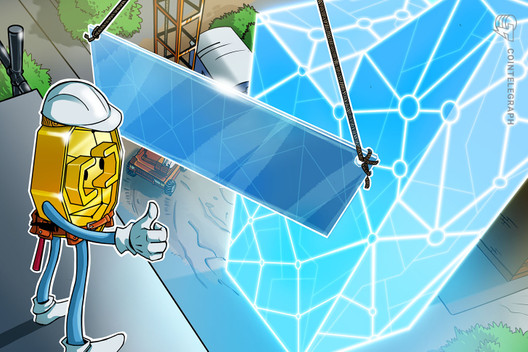 The mining equipment firm, scheduled to go public via Nasdaq later today, is preparing for a massive expansion.

Major Chinese Bitcoin (BTC) mining equipment maker Ebang, which is reportedly getting listed on Nasdaq Global Market later today, is planning to expand its business by setting up a cryptocurrency exchange and mining farms.

As told to Cointelegraph by an Ebang representative in a recent interview, the company intends to carve out a unique role in the industry by building “a global blockchain and a digital economy industrial ecosystem.” That would include setting up a cryptocurrency exchange and mining facilities, the spokesperson elaborated:

“We will soon establish our own mining farms with [a] flexible cooperation model […] as well as mining pools to sell our computing power and we will also start to set up [a] cryptocurrencies trading exchange.”

Additionally, the Hangzhou-based company will “explore the application of blockchain technology into financial services, education and healthcare industries.”

Getting listed on Nasdaq will help the crypto firm to pursue these plans, the Ebang representative added, since it will supposedly enhance its brand awareness and “attract more talent.” Being a publicly traded company could also help setting up a cryptocurrency exchange:

“Credit is the most important point for establishing the cryptocurrencies trading exchange, and a Nasdaq listed company regulated by U.S. Securities and Exchange Commission should be able to strictly control the compliance and safety of the transaction.”

Such plans are also documented in filings the company submitted to the SEC, where it described setting a cryptocurrency exchange “in overseas jurisdictions.” Although Ebang is based in China, where cryptocurrency trade is outlawed, its holding company is incorporated in the Cayman Islands.

The $125 million IPO is about to start

As previously reported by Cointelegraph, Ebang is expected to get listed on Nasdaq Global Market under the ticker EBON later today, on June 26. If the stock exchange launch goes through, it will become the second crypto mining company to go public in the United States after its competitor, fellow China-based firm Canaan.

Ebang aims to raise up to $125 million, which could put its market value close to $800 million.