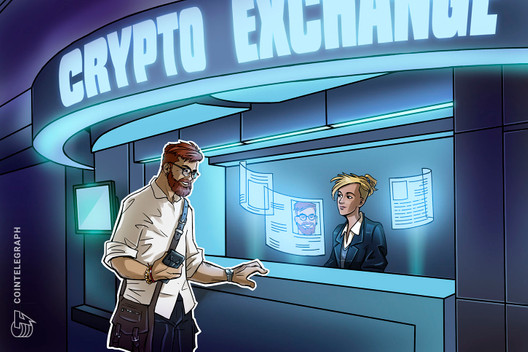 Privacy coins are quietly being relegated to the fringes of the Blockchain space.

Pressured by external forces, two Australian exchanges have begun to delist a number of privacy coins including Monero (XMR) and Bytecoin (BCN).

On August 24, YouTuber Alex Saunders tweeted a screenshot of what appears to be an announcement from the Australian exchange, Coinspot. This announcement seemed to suggest that several privacy coins were going to be delisted by August 31:

Another Twitter user alleged that CoinSpot was not the only one planning to delist privacy coins, claiming that Swiftx, another Australian exchange, was planning to do the same.

On the same day, Chainalysis announced that it was partnering with CoinSpot and Coinjar “to improve compliance standards”. It appears that neither exchange has confirmed the impending delistings. Cointelegraph contacted CoinSpot’s customer support asking whether Monero was going to be delisted. A representative from the company replied, confirming the news while also alluding to the reason behind the decision:

Since we began operating in 2013 we have faced many instances in which pressure from external institutions have attempted to stifle or restrict our business. In each of these instances we have always worked hard to coordinate the best possible outcome for our members. We do not take these decisions lightly as we do believe that cryptocurrency trading services should be as accessible as possible to all Australians.

The representative assured that there will be no forced trading of assets, and users will still be able to withdraw their coins.

One of the currencies that was originally marked for removal by CoinSpot was Komodo’s KMD. However, Komodo was convinced that this was an error as KMD’s privacy feature has been disabled for a long time according to the project’s CTO Kadan Stadelmann:

Stadelman confirmed to Cointelegraph that the issue has since been resolved and KMD will not be delisted from CoinSpot. AtomicDEX, a decentralized exchange that is built on Komodo’s technology, currently lists Zcash, but not Monero.

Major exchanges have no intention of jeopardizing their businesses in order to make these assets available to the users.